Hi guys, I would like to introduce you to my new fetish and it is a test gear. I’m pretty sure many of you who are visiting EEVBlog forum or are in any kind of collecting hoarding will know what Am I talking about 🙂

So let’s begin a new chapter of my blog, but first check out the teaser:

For All Mankind is an American science fiction web television series created and written by Ronald D. Moore, Matt Wolpert and Ben Nedivi and produced for Apple TV+. The series dramatizes an alternate history depicting “what would have happened if the global space race had never ended” after the Soviet Union succeeds in the first crewed Moon landing ahead of the United States.

But enough of introduction and let’s get back to the star of the show: Oscilloscope Kikusui COS5020 20Mhz oscilloscope which suppose to take a role of The computer processing on imaginary Moon station.

And some other test and other imaginary gear in the show:

Great show! Looking forward to the second season, are you?

And as always: all yours, sincere and dedicated master and creator of the blog. MNIEC 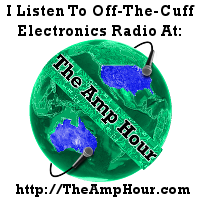